The event is booked out. If you still want to register, we will add you to the waiting list. 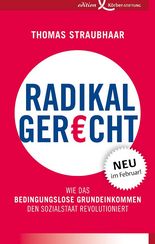 The social welfare system as we know it is coming to an end. A decreasing amount of young people are expected to work to pay for the retirement of an increasing amount of older people, while at the same time experiencing a growing gap between the rich and the poor. Reform cannot fix this, argues Hamburg economist Thomas Straubhaar, but revolution can. This revolution should come in the form of a universal basic income, which would ensure the even and fair distribution of social costs and benefits. If all citizens, young and old, receive a universal basic income, this does not deprive them of their liberty, but on the contrary gives them control of their own decisions. At the same time, such a system would free the state from the burden of micromanaging the distribution of social funds, and instead ensures the fair and equal treatment of all of its citizens.

The book "Radikal Gerecht - How Universal Basic Income Can Revolutionise the Welfare State" was published in February 2017 as a special publication by the Körber Foundation. For further literature from Thomas Straubhaar, please visit EconBiz, ZBW's specialist portal for economic literature. 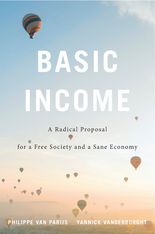 It may sound crazy to pay people an income whether or not they are working or looking for work. But the idea of providing an unconditional basic income to every individual, rich or poor, active or inactive, has been advocated by such major thinkers as Thomas Paine, John Stuart Mill and John Kenneth Galbraith. For a long time, it was hardly noticed and never taken seriously. Philippe Van Parijs and Yannick Vanderborght present the most comprehensive defense of this radical idea so far, advocating it as our most realistic hope for addressing economic insecurity and social exclusion in the twenty-first century. The authors seamlessly combine philosophy, politics and economics as they compare the idea of a basic income with rival ideas past and present for guarding against poverty and unemployment.

The book "Basic Income – A Radical Proposal for a Free Society and a Sane Economy" was published in March 2017 by the Harvard University Press. Further Literature from the authors can be found at EconBiz, the search portal for economics and business studies by the ZBW. 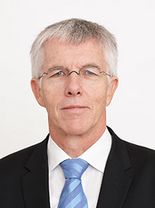 Prof. Dr. Thomas Straubhaar was born in Switzerland in 1957. He studied economics at the University of Berne, were he received his master’s degree in 1981 and earned a Ph.D. in 1983. Since 1999, Thomas Straubhaar is Professor of Economics at the University of Hamburg. In 2009 Professor Straubhaar was awarded with the Helmut Schmidt Fellowship of the ZEIT Foundation at the Transatlantic Academy in Washington, DC. His research interests lie in the fields of economic policies, regulatory policy, welfare and social policies. 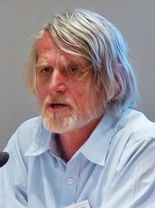 Philippe Van Parijs is Professor at the Faculty of economic, social and political sciences of the University of Louvain (UCL), where he has directed the Hoover Chair of economic and social ethics since its creation in 1991. He has also been a special guest professor at the KU Leuven's Higher Institute for Philosophy since 2006. From 2004 onwards he was for several years a Regular Visiting Professor of Philosophy at Harvard University. 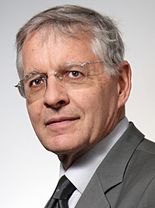